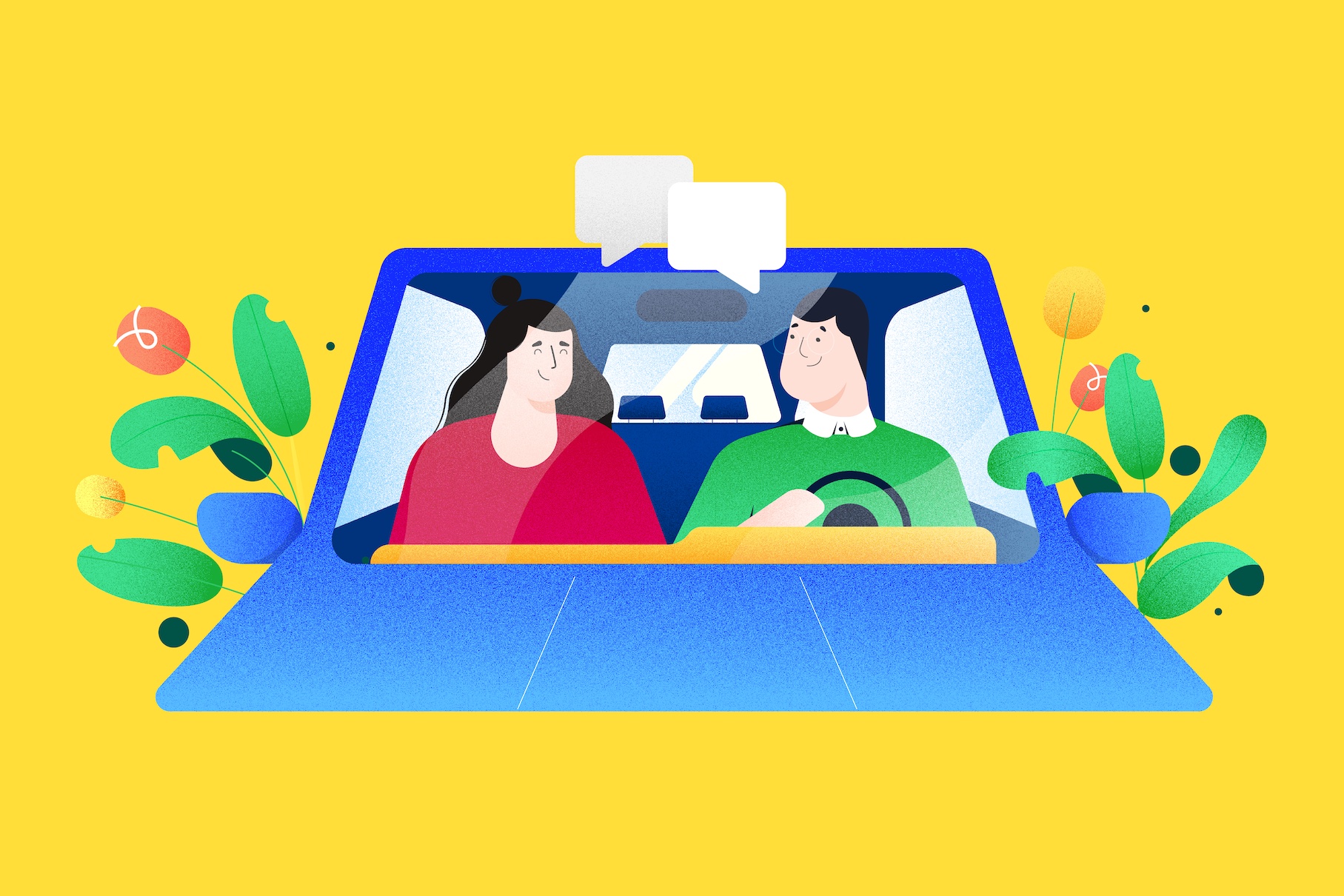 Carpooling is not a new concept. In the US, people have been carpooling at least since the 1940’s, and if anything, the proportion of people who have been carpooling has fallen steadily since the 1970s. There is also no shortage of apps and platforms that help people form carpools. This begs the question, why a new carpooling platform? How does Zamin aim to withstand the declining trends in carpooling to have a meaningful impact? And what innovation does Zamin bring to the table that is currently unavailable to the potential carpooler?

With Zamin, we introduce a new category of transportation that is unavailable through other carpooling platforms. We call this category Reciprocal Carpooling, the most important feature of which is the use of an in-app currency, instead of monetary payments, to regulate rides. On Zamin, you earn Zmiles for giving rides to fellow commuters. You spend these earned Zmiles to take rides later. Your Zmiles cannot be exchanged with money. The feature of using Zmiles instead of monetary payment may seem trivial or even limiting. Why shouldn’t we allow users to receive money for driving on our platform? If drivers were to receive money they would have more options on what to do with it. They could spend it on taking rides in the future but they could also spend it on other stuff (e.g., paying for gas, buying coffee, etc.), depending on their needs and liking. However, the use of Zmiles instead of money is not trivial. In fact, it’s central to our plan to convince more people to carpool. It is important for the type of platform we want to create because it impacts who uses Zamin, why they use it, and how they use it. Below, we explain how the use of an in-app currency differentiates a reciprocal carpooling platform like Zamin from traditional carpooling platforms which use monetary payments to exchange rides. 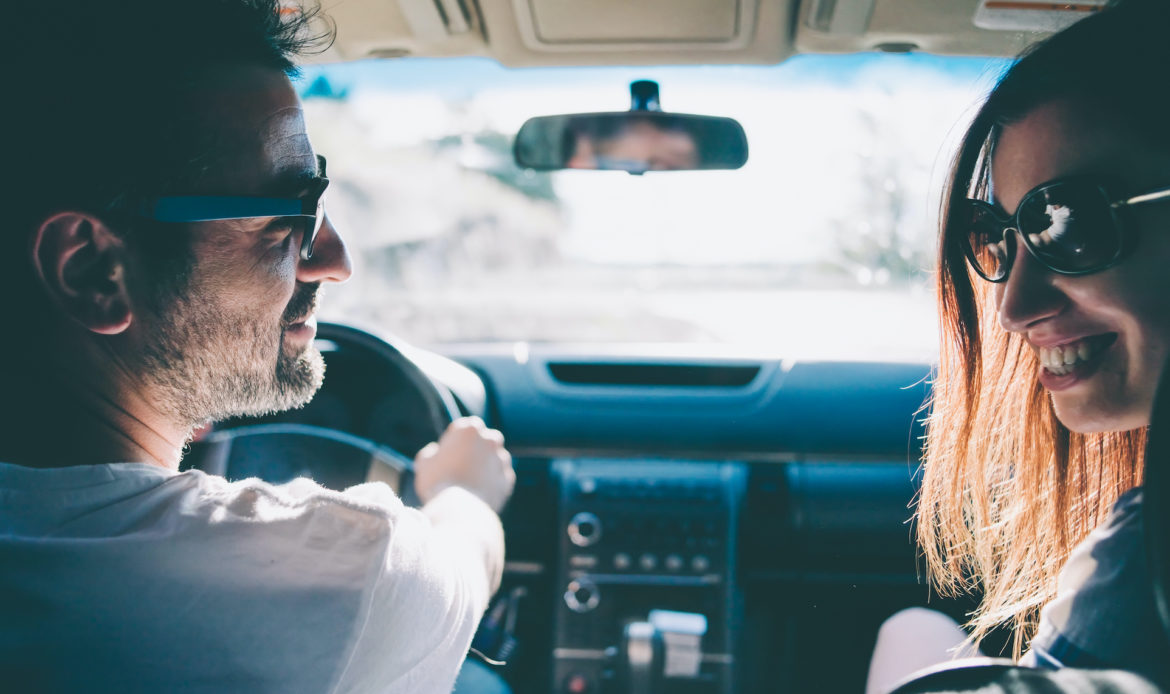 The first implication of using an in-app currency is that all users have to own a car to use Zamin. This makes Zamin ideal for commuters who have so far been using their own cars to commute alone but don’t mind a carpooling experience in which they take turns between providing a ride to another community member on some days and taking a ride with someone else on other days. Unfortunately for the planet, there is no shortage of people who commute using their own car. According to the US census, 86% of Americans drive to work in their own cars. These people are Zamin’s target users and we aim to convince as many of them to try reciprocal carpooling.

Platforms that use money to exchange rides (i.e., traditional carpooling) have a significant disadvantage in convincing the average car-owner to try carpooling: whether by design or not, these platforms will eventually turn into a “service marketplace” where one group of users who are more comfortable giving rides for money will provide their services to a completely different group of users who are comfortable with spending money to receive rides. These platforms ultimately turn into cheap taxi/Uber services. The cost of a “taxi ride” in these services is just lower than normal taxi/Uber because the driver is driving on a trip that they would have gone anyways and the rider is content with giving up some of the conveniences, such as not having to plan ahead, for a cheaper ride. Still, the relationship between the rider and the driver is a relationship of a service provider to a service receiver. Many people don’t enjoy being service providers, especially if it’s not their main job. Thus, many of those solo commuters already driving in their own cars wouldn’t consider joining a traditional carpooling platform as a driver. On the other hand, a car-owner would not like the idea of paying for a trip that they could take with the car already parked in their garage.

Unlike in traditional carpooling, the relationship between the driver and the rider in reciprocal carpooling is not one of a service provider to a service receiver because everyone on the reciprocal platform takes both driver and rider roles, albeit on different days. Users do the community a favor when they drive another member in their car and are returned the favor when they take a ride with someone else. The in-app currency is more of a way to regulate these relationships (e.g., prevent freeriding) than a form of payment.

Why do they use reciprocal carpooling?

Users don’t join Zamin just because they need a ride from point A to point B; they could do that in their own cars. Instead, they join for the higher cause of taking responsibility for the environment, their personal finances, and their community.

Unfortunately, vehicles are one of the major sources of CO2 emission. Fortunately, more and more people are realizing the significance of climate change and are willing to act to curb it. Joining Zamin can significantly reduce the environmental impact of each user’s commute. Since all Zamin users are car owners, every matched ride on Zamin means one more car remaining parked and not emitting any CO2 that day.

Driving solo is costly for individuals’ personal finances too. Assuming the IRS expense rate of about 50 cents per mile, an individual commuting 30 miles a day and 20 days a month, would spend $300 each month on commuting. This number could be cut in half by using Zamin everyday.

Driving alone is also costly for communities and societies. Workers in the US on average spend 49.1 minutes commuting per day. This traffic causes stress for the community and increases the expenditure of local governments. Reciprocal carpooling allows users to help their communities by reducing traffic while increasing their own convenience, for example, by using High Occupancy Vehicle (HOV) lines.

How do they use reciprocal carpooling?

Since riders and drivers in reciprocal carpooling are all members of the same community who only switch roles on different days, they treat each other as such. A person taking a ride that day treats the person giving them a ride the same way they would treat a colleague, neighbour, or friend giving them a free ride on their car. Also, because both drivers and riders are members of the same community, users are more likely to be matched with their peers: people with similar interests and experiences to them. This makes reciprocal carpooling an excellent way to build new relationships and friendships as well.